The Heart of Cape Town Museum – A Personal Experience (Part 1)

There are moments in life that make a deep impression – times when you are very young and don’t remember much about an event but you just recall vividly that there was something very important happening in the world around you at the time.

For me, such moments include the assassination of President Kennedy, the first moon landing, The Beatles’ first live performance on TV and among this eclectic mix – the news of the first heart transplant and the name Christiaan Barnard.

Years later, May 20th 2015, having followed a career in Life Sciences and medical research, I was travelling in South Africa and I found myself at the Heart of Cape Town Museum; an unforgettable experience I’d like to share with you. 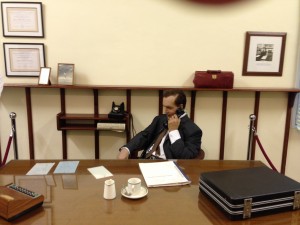 Picture, as I did: 1967 and a young charismatic doctor is beaming with a media-friendly smile. It follows years of hard work; tenacity and daring that lead him to carry out the first heart transplant – ‘a surgical feat that created a new medical era’. Barnard’s accomplishment brought South Africa and the University of Cape Town unprecedented international attention.

The Story – a dramatic series of events in medical history

After years of preparation, a surgical team was on standby for the appropriate circumstances. December 2nd 1967, following a tragic car accident, the clock starts. There is a donor, Denise Darvall, and there is a recipient, Louis Washkansky. Picture the two adjacent operating theatres, the technical skills and the subsequent international media coverage in which this was hailed as a breakthrough in organ transplant surgery and the start of a new medical era. 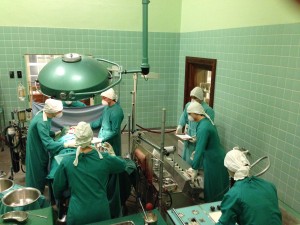 The donor heart is removed. 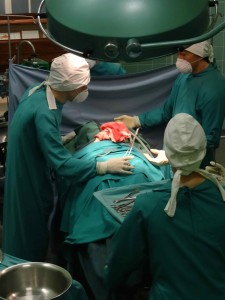 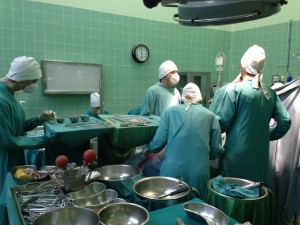 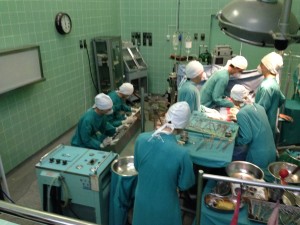 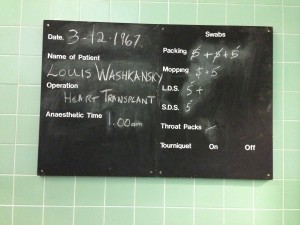 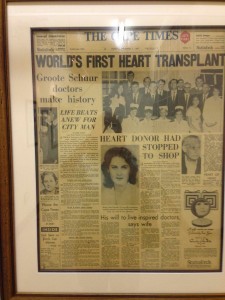 The first heart transplant represents a moment in history

Pause to imagine the human aspects

The father, who had just lost his wife in the same accident was losing his daughter (25 years old) and was now faced with an enormous request as a parent. Think about the decision, the success, then the feeling of loss again when LW subsequently died. Consider the impact on the father – and the rest of his family at the time and afterwards. 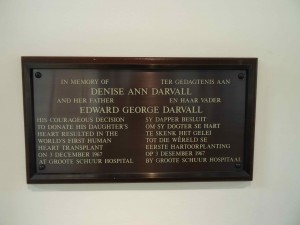 Imagine the euphoria of the initial success – a dying man feeling alive again. As a precaution against rejection his immunity was suppressed – but then pneumonia took hold and he died 18 days after the operation. Think how this affected all those involved: the families, the surgical teams and care teams.

This blog post covers a snapshot in time and place. There were controversies that continued for some time but they have been followed by major developments and successes. There have been significant advances in the field of heart transplantation in the past 40 years or so. More than 5000 heart transplants are now performed each year around the world.

On this tour I had the pleasure of the company of a group of student nurses and doctors from the U.S. We were all touched by the experience of the tour. For me, the trip also rekindled an early childhood memory and stimulated some thoughts regarding current issues around breakthroughs in research.

The Heart of Cape Town Museum provides a unique experience of a moment in medical history and I recommend it to you all.

[The photographs were taken by Julie Charlesworth and with permission, during the guided tour. The life-size models look so real and they are set in the actual operating theatres where the events took place.]

In Part 2 some other far-reaching issues of that time are highlighted together with some take home messages relating to breakthoughs in Life Sciences and medical research.