‘Out On Our Own – but Not Alone’ Freelance Business Forum Munich 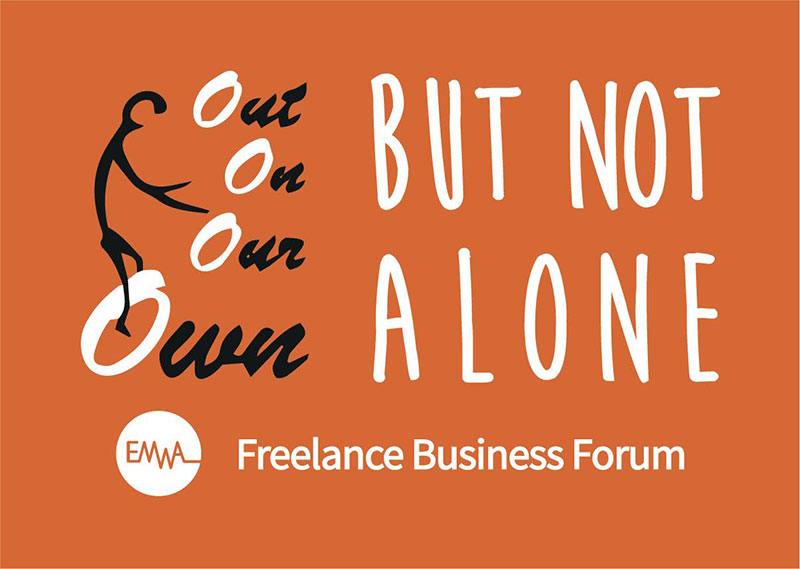 Just back from last week’s Freelance Business Forum (FBF) in Munich. Amazed at the fantastic response from everyone.

The FBF took place on May 12th 2016, during the EMWA Spring conference. This was the first time I (or my co-host) had hosted the forum.  I tried out a new format with a very upbeat and forward-looking perspective. The theme was Out On Our Own but Not Alone. Out On Our Own (OOOO) is the name of the freelance section of the EMWA Medical Writing journal and we are the new co-editors of OOOO.

We opened the FBF with a few introductory slides acknowledging those responsible for initiating and developing this forum; then a brief history and some key achievements to date. We quickly shifted to the future: opportunities, initiatives and ideas. There is so much potential!

The forum then moved on to the main focus – a table discussion period led by 6 freelancer (FL) Table Leaders: FL volunteers with a spectrum of experience. This time our Table Leaders were FLs who live in France, Germany, Sweden and the UK. 7 hot topics were proposed to kick-start the discussions – the topics were based on subjects and questions received from our FL community in recent months. It was also an opportunity for FLs to share different dilemmas, tips and solutions.

This was a relatively informal networking session with drinks and ‘nibbles’. The enthusiasm was palpable and the allocated time was only sufficient to touch on some fascinating questions. As this FBF was in Munich we were delighted to have Andreas Lutz from the VGSD as our guest. Not surprisingly, there was an impromptu table discussion (without a table) where Andreas fielded questions from FLs based in Germany. He provided practical advice and he himself gained an understanding of some of the specific needs of FLs working in the field of medical writing.

Time was of the essence. The summing-up led up to some take home messages and a few final remarks. On a lighter fun note everyone was mobilised by a short music video clip. The lively discussions then resumed informally outside the forum for some time afterwards with new friends and contacts keen to continue getting to know each other. Indeed several FLs are making plans to start informal ‘local gatherings’ of freelancers (an initiative promoted at the FBF this time). FLs should know that although they say that sometimes they feel ‘Out On Our Own’ – they are certainly Not Alone!

There was an impressive turn out of over 60 individuals from many different parts of Europe and beyond – FLs and others interested in freelancing who are passionate about their subject and their professions (medical writing and related).

We can all look forward to the next FBF at the EMWA autumn conference in Brussels. We will be catching up with friends and colleagues and I am sure there will also be many new faces. It is an exciting time in the ‘freelance world’ and we would like to build on the momentum achieved in Munich. We have more ideas for Brussels ……

Fuller coverage will follow – this post is just a taster to capture the moment and to take the opportunity to thank all those who participated and contributed to making it such a success.